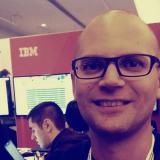 I am an accomplished Software developer and architect offering experience in creating systems in various industries, ranging from banking, insurance, rewards programs, retail and mobile. I have extensive experience in full stack development, and prefer to be active in all parts of the SDLC. From conceptualizing to running in production. I have a passion for clean code and evolutionary architecture. I love Java, Linux and Open source.

Multiply is a Wellness and Rewards program that encourage clients to live healthier and reach their financial goals.
I am the Systems Architect and I'm responsible for the overall Architecture of the Systems and the Technical implementation and quality of the systems and teams.
I have a hands-on approach and believe in Clean Code Principles and Evolutionary Architecture.
Our systems range from AS400, Java SE and EE, Javascript and we do a lot of integration to and from Partners and other Product Houses in MMI.

As a software consultant I assisted with performance tuning of services used by the mobile app. I also assisted with the automation of infrastructure deployment and configuration.

Thumbtribe is a small company that brought mobile solutions to feature phones, smart phones and the web. We built a platform that can deliver content on feature phones, smart phones, websites and apps via USSD, WAP, HTML and REST services.
I was running everything IT related, from the teams, the infrastructure to the software. Thumbtribe developed an platform that allows publishers and agencies to build campaign sites that will render perfect of websites, but more importantly on all 5000+ mobile devices still active in Africa. Africa has unique challenges because of slow, expensive and unreliable internet, and old handsets that is in many cases the only connection that the consumer has to the internet.

Enterprise Architect at Adapt IT

I was responsible for defining and implementing a new Java EE Architecture for a custom Financial system that was running in Oracle Forms. This include the migration strategy and the re-skilling of the developers.

I was consulting at Discovery Life, running the development team, responsible for architecture, design and implementation of new systems.
Software Audits - I was responsible for a two week audit of the South African Post Office Leave Application System

The CIO of Standard Bank attended our 3rd year project day at University. After seeing my project, he offered me a job. I was part of many teams in the bank, doing Java and Java EE development. I continued my studies part time.

Major in Computer Science and Informatics.